I was trying to think of a way to show my children some of the types of things I work on.  They know I read books about graphs and use spreadsheets a lot.  Other than that, they don’t know too much.  We had some time, so I decided to get my 13 year-old daughter, who hates math, involved in this little project.

Step 1: Get the audience interested. I told my daughter that I wanted to know some information about scrunchies – instant interest.

Step 2: Gather data.  I had her collect all her scrunchies and put them in a pile on the table.

Step 3: Question. As she looked at the pile, I asked “What do you notice?” She focused mainly on visible elements such as color, texture, size, and design.  I recorded her responses and then asked, “What do you wonder?” Her responses were interesting: “How many are there? If I lined them up, how long would they be? Which will look best with my clothes?”

Step 4: Organize data. We talked about different ways to organized the scrunchies. She decided to organize them by color because that was the easiest way.  She then counted each of the colors and took notes.

Step 5: Visualize data. “What kinds of charts or graphs do you know?” I proceeded to ask her.  She had trouble naming them, so I told her to draw them. From her drawings, we were able to discuss what they were called and then I showed her the Depict Data Studio chart chooser from Ann K. Emery.  We looked at the categories and the charts. Her first choice was to use a pie chart. (I cringed a bit and then told her that was good for comparing less than three items.)  She wisely decided to use a bar graph.  With little guidance from me, I gave her my iPad, Apple Pencil, opened up Keynote, and let her start drawing.

We then took her data and used the chart feature in Keynote to make it look a bit cleaner.  I talked to her about some basic elements of chart design.  We agreed that we didn’t need the y-axis if we put labels on the bars.  We also made sure that our x-axis titles were horizontal.  She was adamant that the colors of the bars needed to match the categories.  It wasn’t my hill to die on at this point, so I let it go.

Step 6: Analyze data. I then asked her what she noticed about the data now that it was in a bar chart.  She noticed that pink was the most and that a lot of colors had three of each.  We then talked about how to sort the chart to make it even easier to read.  I then asked her what was the one big take-away from the chart. She thought it was that there were more pink than any other color.  We put that in the title of the graph.

Extension: Through this process, she started to look at her scrunchies and she started picking out a few from each pile.  I asked her what she was doing and she replied that there were only a few that she actually wore a lot.  I took this opportunity to help her re-think her data.  I asked her to organize it again by how often she wore scrunchies.  She came up with four categories: (Yes) Always, sometimes, (maybe) occasionally, and rarely.  From that, she counted the total in each.

I again asked her what she noticed. She talked about how there weren’t very many that she used a lot.  Thinking about what she was studying in math, I asked if she could figure out the percentage of scrunchies she always used compared to the others.  She worked out her calculations and was surprised to see that she only used about 9% of her scrunchies.  I told her this is where she could make a pie chart.  She sketched it out and then put the info into the table and chart tools in Keynote to make her final visualization.

Reflection: It has been like pulling teeth to get my daughter to do any math for a sustained period of time.  Because she had a high interest in the subject area, she was able to do this task for nearly 90 minutes, off and on.  She didn’t complain once about “doing math.”  Project-based math with a real-world purpose is sometimes a difficult experience to create.  However, if you can find a way to make it interesting, it will be totally worth it, especially for those people who are suddenly finding themselves having to homeschool due to distance learning.  If you need some ideas for projects to do with your kids, ask away.  I’m happy to help. 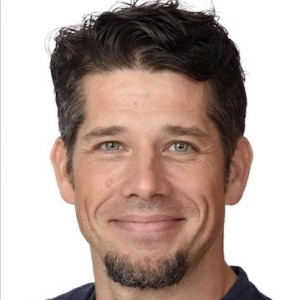 Chris Smith is a Data & Innovation Specialist. With over 20 years of teaching experience, he is a Google Innovator, an Apple Distinguished Educator, and an Apple Professional Learning Specialist. Chris has a background in data visualization and is a member of the data team at Singapore American School.
All Posts